The AJSBA Executive team  advise that the following representatives have been selected to represent the AJSBA members with the issues they specialise in.  The exec has approached these people as they are established experts in their field.  They have made themselves available for the AJSBA executive and Members to consult and advise in their area of expertise.

If you would like to discuss any relevant issues they invite you to make contact with them. 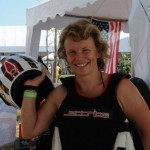 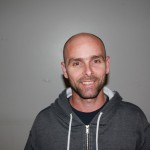 Peter Hunter
Government Liaison & Social Riders Representative
Imported into Australia in 1968, moved to Canberra with family, can still remember watching the landing of Apollo 11 on the moon in 1969 in a school assembly.
After years in motorsports and always involved in water became involved in scuba diving, and later became a Master Instructor and taught hundreds of people the fine art of blowing bubbles in water for 16 years.
Started riding Personal Watercraft (PWC) in 1998 during the storms that took out most of the Sydney to Hobart yacht race, later purchased a Yamaha GP800x and joined the Canberra Jetsports Boating Association (CJSBA), held executive positions with the CJSBA including President in 2001 before the club disbanded.  Racing history was enduro in 800cc and 1200cc classes with the NSW APWA state series.  Record holder 800cc class for the classic Howlong to Albury river race.
Assisted as flag marshal, rescue or scrutineer at many national titles and club based events incl; Wollongong surf, Caribbean Gardens, Gold Coast short circuit and surf and help organise and run the National Capital Cup for three years held in Canberra.
Concerned by State Government and local councils placing restrictions and bans on PWC by pressure from environmental and green groups using incorrect information and data by the USA based Bluewater Network group and expanding the PWC bans of Sydney Harbour to a national campaign.  Peter became a spokesperson and representing PWC rights and access with the Eurobodalla Shire Council (NSW southcoast) in 2002/2004.
Often driving down the coast and taking off days from work to ensure PWCs had a representative and spokesperson.  Peter quickly formed a strong relationship with David Heyes at Bombardier Recreational Products (BRP/SeaDoo Australia), together David and Peter worked with the USA based AWA to correct incorrect publications about Personal Watercraft along with SeaDoo International assistance then released the “Personal Watercraft Facts” .  Both David and Peter kept up the fight to Governments and Marine National Parks and expanded into national campaign.
Resulting from attending and representing PWC riders at a NSW Maritime Authority stakeholders forum, Peter was asked to join and be a member and representative of the Recreational Vessels Advisory Group (RVAG).  Instrumental member of the new PWC educational program and material “Ride Right campaign”, continues meeting and representing PWC enthusiasts rights and correcting legislation that placed unnecessary restrictions on PWC users now fights for education amongst the state authorities.
Peter current operates a SeaDoo RXT-X (2008), can be found operating a Courtesy Rider program of PWC education in many waterways.
Contact Peter on mobile:  0413 585 890