The AJSBA is excited to confirm that accomplished US Pro Watercross Tour and the first female IJSBA sanctioned commentator Dawn Dawson has commited to calling the 2017 Australian Watercross Championships at the end of April as part of the ‘Lifestyle on Water’ Festival at Redcliffe (Qld).

Dawn, retired from the professional race circuit in 2000 with several National and World titles and became the first female IJSBA sanctioned announcer as well as commentating the Jettribe Euro Jetski event for the last two years, the Pro Watercross National tour for three years, the John Jones New Zealand Nationals for ten years, the WCWA Canadian tour and Nationals for ten years and most recently closed out the season as official commentator for the 2016 UIM Aquabike World Championship tour in Shanghai, Liuzhou and Sharjah. 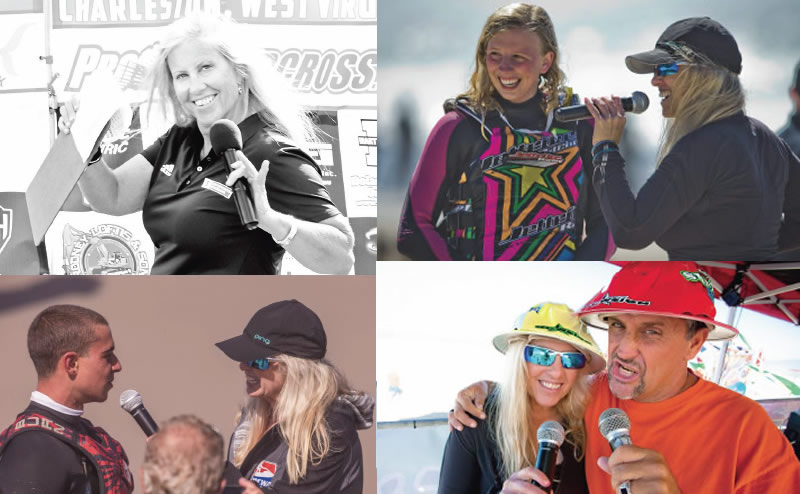